The Gold Torc made a television appearance as part of BBC’s Civilisations Series earlier this week on Monday 30 April at 7.30pm on BBC One - I will be airing again Sunday 6 May on BBC Four at 7.30pm.

Discovered back in 2015 the treasure was filmed at its home in Ely Museum for BBC One’s civilisation stories ‘Treasures of the Bronze Age with Ray Mears’ programme. The show will focus on regional art finds across England.

As part of BBC’s Civilisation series, this programme looks at prehistoric finds and focuses on their workmanship and creativity to explore how past artefacts play a role in shaping our identities, making us what we are today.

Found buried in a muddy field, the Gold Torc was brought to Cambridgeshire County Council’s Finds Liaison Officer (FLO), by the finder in a briefcase to be reported as treasure under the Treasure Act 1996.

The treasure case was processed by the FLO and County Council’s Coroner’s Service before being formally declared ‘treasure’ in summer 2016. The Bronze Age item, also known as the East Cambridgeshire Gold Torc, weighs 732 grams of almost pure gold - making it one of the heaviest and largest torcs ever discovered.

Torcs are thought to have been worn as a symbol of high status in both the Bronze (2350-800BC) and Iron Age (800BC - AD43), however how this Torc was used/worn is a mystery for archaeologists due to its shape on discovery and large size compared to similar finds.

Cambridgeshire County Council’s Finds Liaison Officer Helen Fowler said, “Since working as Cambridgeshire and Peterborough’s representative for the Portable Antiquities Scheme (PAS) a department of the British Museum, I have been privileged to work on some amazing artefacts.”

“The unveiling of this interesting object one autumn Friday was a mix of awe at what our ancient Cambridgeshire ancestors could create and own, balanced by confusion as to how I was going to overcome some urgent problem solving. Basic things such as photographing, weighing and transporting such a large and important artefact all needed to be resolved before the end of the day.

“Archaeology has a tradition that every discovery results in raising more questions. This discovery is no exception and many theories have been put forward as to what it may have been used for, or worn by, due to its large size.”

Ely Museum successfully acquired for the item by raising the amount of £220,000 with grants from the National Heritage Memorial Fund and The Art Fund along with many private donations to secure the Gold Torc for their precious collection.

Ely Museum Curator Elie Hughes said, “We are delighted to have the East Cambridgeshire Gold Torc in the collection at Ely Museum.

“It is a beautiful and fascinating object which provokes as many questions as it answers. It will be a highlight of our prehistory gallery.”

The East Cambridgeshire Torc is available for public viewing at Ely Museum along with many other interesting finds from the Bronze Age – their summer opening times are (Monday-Saturday 10.30am to 5.00pm and 1.00pm to 5.00pm on Sundays.

Don’t forget to tune-in and watch the East Cambridgeshire Gold Torc learn more about the mystery around history being unveiled. 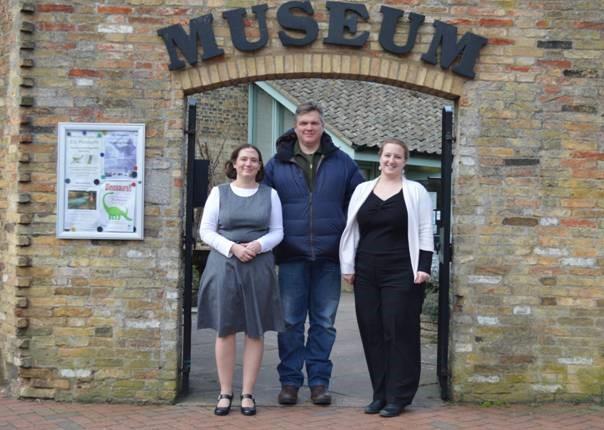 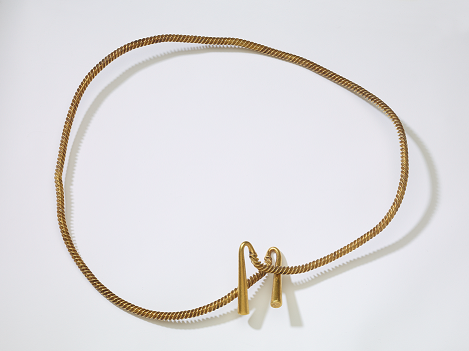