Concerns have been raised recently about notices posted on the Shire Hall site, and whether they were aiming to reduce public access to Castle Mound. Nothing is further from the truth.

Castle Mound is a scheduled monument which means it's nationally important from a heritage point of view. While the site has been owned by the County Council, we have always allowed public access, but we don't believe it is a public right of way.

By issuing a Landowners Deposit (the notices that have been displayed around the site), we are taking steps to clarify this, and to protect and ensure that the existing permissive access rights remain, even after we vacate the site.

We certainly don't want to restrict access, but also we must be careful not to create new rights where they don't exist.

As part of the bidding process for the site that began last year, interested parties were asked to consider our Heritage brief, and we invited them to address how they would make sure of the continued permissive public access to the Castle Mound.

We are now in commercial negotiations, but from the bids received for the sale or lease of the site we are confident that our expectations will be met and that the importance of retaining and even enhancing the heritage value of the site has been understood. 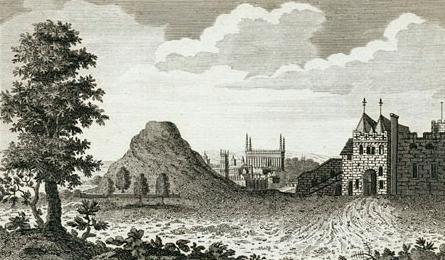