A Cambridgeshire school has proved it really has star quality after winning two prestigious awards for its efforts in promoting walking to school.

Barnabas Oley C of E Primary School won school of Cambridgeshire and the coveted East of England School of the Region award at the Modeshift Regional School Travel Awards for its excellent efforts to increase the number of pupils walking to school.

The ceremony in London, held last month, was presented by Paul Nash from the Department for Transport and involved schools from across the South East, South West and East of England.

Barnabas Oley Cof E Primary School, which is signed up to Modeshift STARS (Sustainable Travel Accreditation and Recognition) through Cambridgeshire County Council, has worked particularly hard to promote walking to school.  As a result of this work, walking all the way to school has increased from 48.9 per cent in 2014 to 55 per cent in 2017.

Cllr Mathew Shuter, Cambridgeshire County Council’s chair of the Highways and Community Infrastructure Committee, said: “Modeshift STARS presents a huge opportunity for us to increase the number of children and young people that have an active journey to school in Cambridgeshire and it is important that we recognise the efforts of Cambridgeshire schools in making our communities happier, healthier and safer places to live. Barnabas Oley C of E Primary and the other county schools that have won awards this year are able to boast some fantastic achievements and have set an excellent example for others to follow. They truly are STARS and are showing others the way to go.”

The school also takes part in Cambridgeshire’s Junior Travel Ambassador Scheme (JTA’s) which has been a huge part of the success the school has achieved with STARS travel planning. Numbers using a park and stride scheme that the JTA’s promoted have increased from 3.6 per cent in 2014 to 22.1 per cent in 2017.  Barnabas Oley will now go forward to compete with other regions for National Modeshift STARS School of the year early in 2018.

Currently 98 schools, colleges and nurseries in Cambridgeshire are signed up to the Modeshift STARS scheme and 45 have achieved Modeshift STARS Bronze Level, 1 Silver and 2 Gold levels of accreditation in recognition of their efforts to encourage their pupils to travel to school in greener, healthier and safer ways. 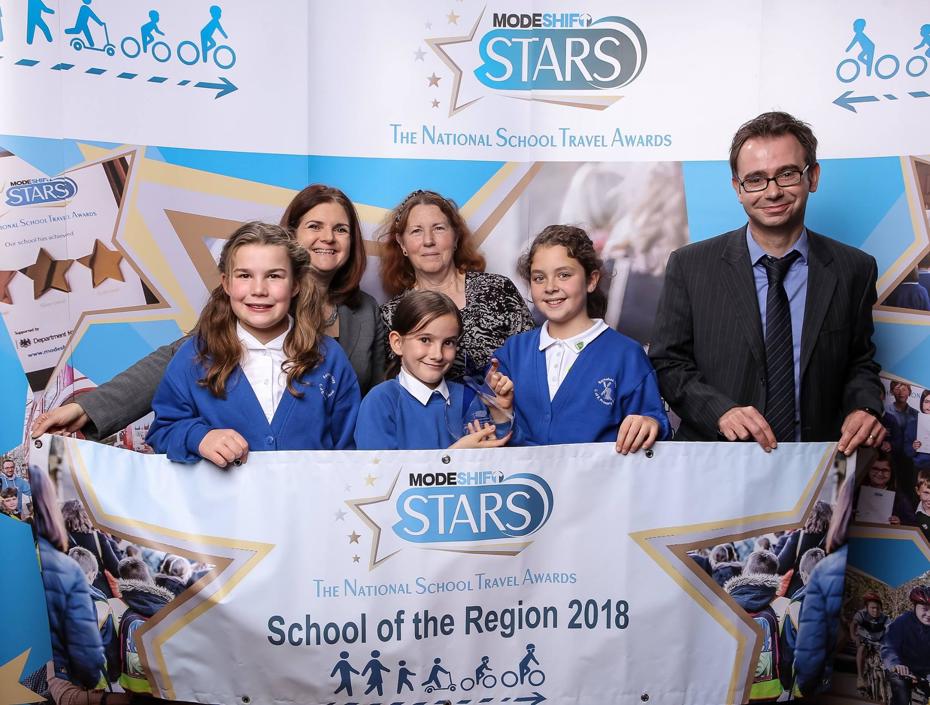