March Amateur Boxing Club has been honoured with the Queen’s Award for Voluntary Service, the highest award a voluntary group can receive in the UK.

Established seventy years ago, March Amateur Boxing Club provides boxing training, including general fitness and “gym” for children aged eight upwards, and adults. The Club is run entirely by volunteers and achieves remarkable results with little funding, relying entirely on the goodwill of the volunteers, who are clearly committed to not only the club but also the success of its individual members.

There are 10 coach volunteers, who come from a variety of backgrounds and have gained All England Boxing coaching accreditation at their own expense. Overall it has around 250 active members, of which around 150 attend in any week.

The Cambridgeshire winners are one of 230 charities, social enterprises and voluntary groups to receive the prestigious award this year. The number of nominations and awards has increased year on year since the awards were introduced in 2002, showing that the voluntary sector is thriving and full of innovative ideas to make life better for those around them.

The Queen’s Award for Voluntary Service aims to recognise outstanding work by volunteer groups to benefit their local communities. It was created in 2002 to celebrate the anniversary of The Queen's Coronation and is always announced on 2 June to tie in with Volunteers' Week, which runs 1-7 June every year.

Award winners this year are wonderfully diverse, and include volunteers helping people overcome mental health problems through sport, volunteers who use music and groups who help the homeless.

Representatives of March Amateur Boxing Club will receive the award from Julie Spence, OBE QPM, Lord Lieutenant of Cambridgeshire, later in the year.

The Lord Lieutenant said: “I want to congratulate all the inspirational volunteers at the March Amateur Boxing Club for their exemplary contribution to the health, wellbeing and life skills of generations of young people in March over the last 70 years.

“The selfless giving of their time, skills and enthusiasm has been rightly recognised by Her Majesty the Queen, who has awarded them the Queen's Award for Voluntary Service - the nation’s top award for Volunteer led organisations.

“I must also congratulate the nominator because, without their initiative, this brilliant organisation would not have been recognised. So if you know a volunteer led organisation that goes above and beyond with their care and commitment, and we are a county full of amazing people doing amazing things, please nominate them.

“Today however is March Amateur Boxing Club’s day and a big well done to them.”

More information on the Award can be found on the GOV.UK website. Any group of two or more people that has participated in voluntary work for more than three years can be nominated for the award. Full details on how to nominate are available on The Queen's Award for Voluntary Service website. Nominations for the 2021 awards close on 25 September 2020. 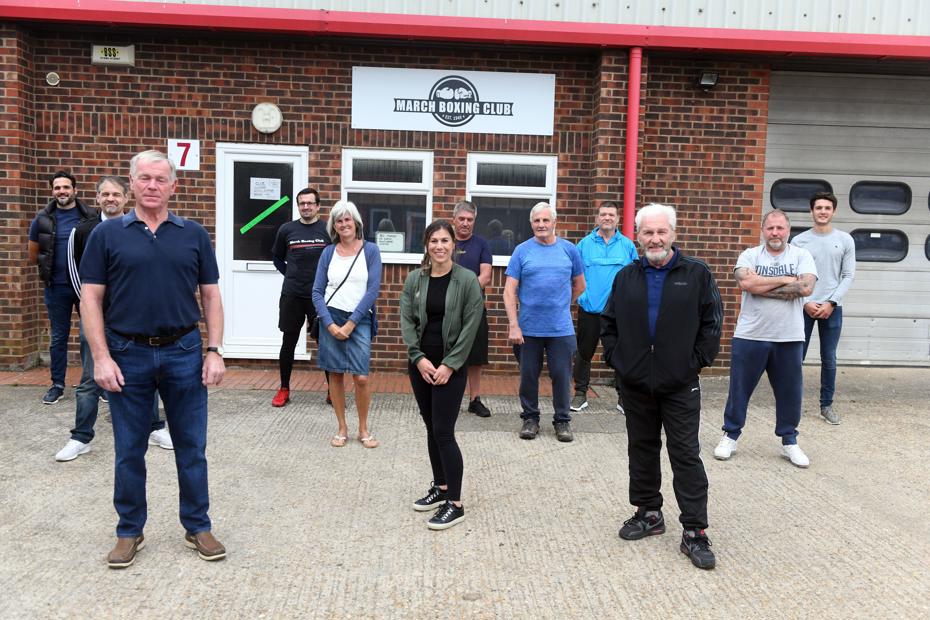