Two social workers from Cambridgeshire have been honoured for their contribution to the profession at the national Social Worker of the Year Awards.

The awards are organised by The Social Work Awards charity, which aims to improve public awareness and understanding of social work by showing the positive impact of social workers in the wide range of roles they undertake.

Since graduating from Anglia Ruskin University in 2018 with a master’s degree in social work, Ella has worked in the Council’s Huntingdon Older People’s Team, supporting people living with conditions such as dementia or mental health issues. The judging panel commended Ella for her commitment to personal learning and development and said she shows “great potential for her future career.”

Speaking about her award, Ella said: “It’s a real shock to have won this award, I really didn’t expect it and I have to keep pinching myself. It’s an amazing feeling to have been recognised by the judges in this way.  Cambridgeshire County Council really does support its social workers, encouraging professional learning and development and I’d like to thank my team for all their help and support they’ve given me as a newly qualified social worker. It was also wonderful to see Dan win too – he’s an amazing social worker!”

Dan Grimes currently supports and advocates for vulnerable young people and families in South Cambridgeshire. Alongside his main role, Dan has also volunteered in the past for Cambridgeshire’s ‘Siblings Forever’ programme that supports siblings in care to spend time together. The judges praised Dan for going above and beyond to connect with families and build trust.

Dan said: “Wow! I’m lucky enough to be one of those people who really enjoys their job so it’s a lovely surprise to have what I do recognised in this way. There’s lots of talented social workers where I work who have really inspired me and supported me. I used to sit next to Ella at university and it was great to see her win and celebrate with her on the awards night.”

The awards come at a time when Cambridgeshire County Council has a campaign to recruit more social workers. To find out more about the #welovesocialworkers campaign click here https://www.cambridgeshire.gov.uk/council/jobs-and-careers/we-love-social-workers/

Wendi Ogle Welbourn, Executive Director for People and Communities at Cambridgeshire County Council said: “Congratulations to both Ella and Dan for their outstanding contribution to social work and it’s wonderful to see this recognised at a national awards ceremony. They’re a great advert for social work in Cambridgeshire and we’re hoping they can inspire a whole new wave of people to become social workers. We firmly believe in Cambridgeshire and Peterborough in supporting social workers to excel to do what they do best, which is helping local people at difficult times in their lives. We’re currently recruiting social workers so if you want to work for a winning team, we’d love to hear from you.”

The awards were presented by TV chef and emotional wellness advocate, Lorraine Pascale, in front of an audience of over 450 social workers and representatives of the profession. This year the awards received a record-breaking number of nominations and 94 social workers and social work teams in both children’s and adult services were selected as finalists across 16 different categories.

For more information about the awards, visit www.socialworkawards.com 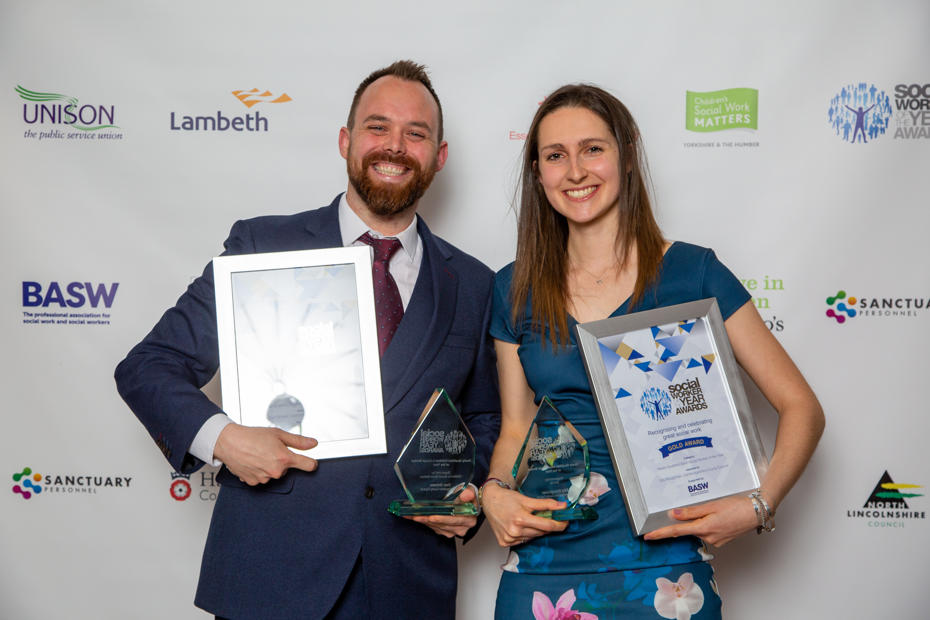