Local organisations are joining forces as part of Mental Health Awareness Week to pledge support for a campaign to stop suicide.

Cambridgeshire County Council and Peterborough City Council is backing the local STOP suicide campaign which runs throughout May and features a powerful film about real people’s stories.

STOP Suicide was set up in 2014 and is the county’s local voice for suicide prevention and the zero suicide ambition. Led by Cambridgeshire, Peterborough and South Lincolnshire Mind (CPSL MIND), the campaign’s support services are funded by the County Council and Peterborough City Council’s Public Health service.

This year’s campaign, funded by online gaming company Jagex, includes a short film with the simple message ‘I’d ask’, to encourage people to be aware of others who may be struggling with mental health issues and directly ask them about suicidal thoughts.

It will be shown at various venues around the county, as part of the STOP suicide ‘roadshow, including Cambridge station and Cathedral Square in Peterborough.  To view the film visit www.stopsuicidepledge.org.

An estimated one in five people have suicidal thoughts at some point in their lives and 70 per cent of people who die by suicide have not been in contact with mental health services in the year before their death.

Councillors and partners including the police, local health services, MIND, Lord Lieutenant Julie Spence and mental health campaigner Steve Mallen came together on Wednesday (May 16) to pledge their support towards suicide prevention.

Cllr Peter Hudson, Cambridgeshire County Council’s Health Committee Chairman, said: “We are totally committed to improving access to health and social care support services for those going through a mental health crisis. Our biggest challenge is reaching the 70 per cent of people who commit suicide who have had no contact with services so we very much welcome the STOP Suicide campaign as a powerful tool in helping us do this.”

The County Council, along with Peterborough City Council, has also signed up to the National Zero Suicide Alliance as part of the ambition towards zero suicide and are encouraging staff to take the free online suicide prevention training.

Co-founded by Cambridgeshire man Steve Mallen, whose son Edward took his own life in 2015, the Zero Suicide Alliance is a collaborative of National Health Service Trusts, businesses and individuals who are all committed to suicide prevention in the UK and beyond.

Steve Mallen added: “Across our community and the country as a whole, mental health and suicide awareness is rising rapidly with the realisation that most suicides are preventable with improvements in mental healthcare and open dialogue.  Having lost my son, who was born and raised in Cambridge, the Stop Suicide campaign is an excellent example of a multi-agency drive to improve mental wellbeing and reduce suicide, encompassing communities, public health and the private sector.  This is perfectly aligned with the national Zero Suicide movement.  I am currently in discussion with the Secretary of State on this issue with our own locality now providing an excellent example of local best practice which we intend to replicate across the nation.”

The alliance is working to improve support for people contemplating suicide by raising awareness of and promoting free suicide prevention training which is accessible to everyone.

The course teaches people to spot the signs of someone who could be feeling suicidal, to speak out in a support and to point them to services that can help. 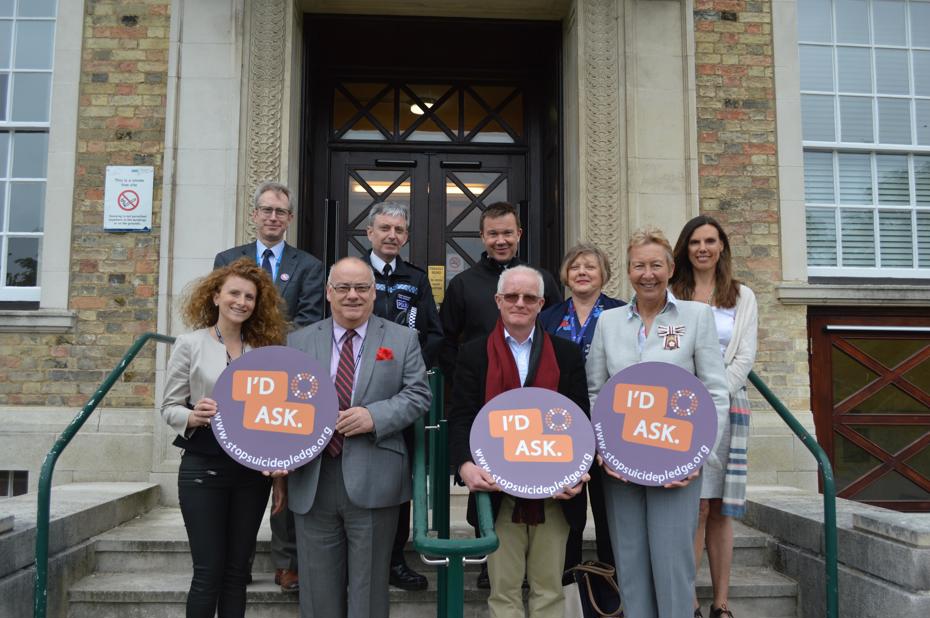