A Cambridgeshire schoolgirl has won the top prize in a story writing competition which received more than 17,000 entries.

The Britain’s Got Talent judge presented Farrah with a trip to Disneyland Paris and the school also received £500 for new books for the school library.

Farrah’s story - Masking the Problem - is set in the near future where severe air pollution means children have to go school in masks and is about how a photo of a London schoolgirl triggers action to address this.

Haslingfield School’s Headteacher, Graeme McLeod, said: “We were delighted to hear that Farrah was the winner of this prestigious national award. We were really impressed when we read her amazing story.”

“Farrah and the other children really enjoyed meeting Alesha Dixon and we are looking forward to involving children in picking out some inspiring new books for the library.”

Farrah said: “It was a fantastic surprise to meet Alesha Dixon. I was so happy when I found out that I had won the competition.”

Councillor Simon Bywater, Chairman of the Children and Young People Committee, said: “I was really pleased to hear that a young person from Cambridgeshire had won this competition and with such an inspiring story. Well done to Farrah for entering this competition. We would encourage all Cambridgeshire children to explore and develop their writing talents and I hope that Farrah’s success will encourage others to do so.”

Alesha Dixon, from Britain's Got Talent, with winner Farrah Lucas 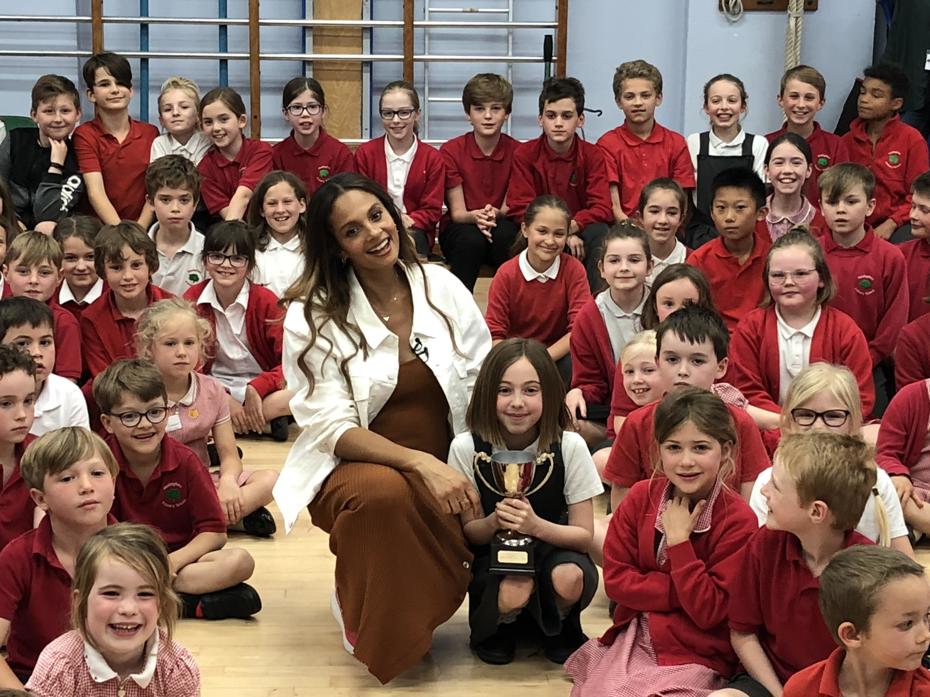