Today (Monday, 20 July), an official start of works ceremony was held with those who have campaigned and supported the scheme since day one, who were accompanied by Jones Bros Civil Engineering UK, the contractor delivering the King’s Dyke level crossing closure project.

The first spade in the ground was celebrated five months early, as work has now begun on the £32m project on the A605 between Whittlesey and Peterborough, which was originally aiming to start construction by the end of the year. Work will include building a new road and bridge over the Ely to Peterborough railway line and is due open to traffic by December 2022. The level crossing will be permanently closed as part of the work.

Cambridgeshire County Council leader Cllr Steve Count said: “I am thrilled that we are starting work on this vitally important project for the area and five months earlier than planned is a great achievement. This progress has been made despite the recent challenges caused by COVID-19 and while it remains a live issue, I’m glad some of us could get together, socially distanced, to celebrate.”

Mayor of Cambridgeshire & Peterborough, James Palmer, said: “It’s great news. Removing delays at the King’s Dyke crossing will unlock opportunity for the north of the county and bring investment, jobs, and homes. That’s why the Combined Authority has given £24.4 million to support Cambridgeshire County Council’s efforts to deliver this scheme. This route is vitally important to Peterborough, but it suffers terrible delays, especially when North Bank is flooded. Separating the road and rail crossing will massively improve train travel between Peterborough and Ely.”

“Sort out King’s Dyke and the A605 bottleneck, then urban development north and south of the A605 in Whittlesey can follow, including 1000 new homes. This northern area will flourish, attracting all kinds of vibrant new growth.”

Cllr Chris Boden, local member for Whittlesey North and leader of Fenland District Council, said: “I am delighted the day has finally arrived and we can tell the people of Fenland and Cambridgeshire that work has started on the King’s Dyke scheme. We have been campaigning for this scheme for almost 50 years and local residents and businesses will soon be able to reap the benefits of this much needed project.”

Jones Bros Managing Director, John Dielhof said: “The start of this project is an exciting milestone, particularly for the local residents and commuters who will benefit most when the development is completed. We look forward to delivering the King’s Dyke transport scheme on schedule and on budget.”

Work has begun on the earthworks which involves bringing in materials to construct the embankment that the new road will be built on and this work will continue through the summer. The main site compound will be built next month and later this year, the focus will be on the structure for the underpass and bridge.

There is a two week closure on the A605 being put in place by Lindum Homes, for their local housing development, on 30 July and Jones Bros will be taking the opportunity to carry out underground utility work at the same time to minimise disruption to the public.

The County Council and Jones Bros have been working hard together to manage the coronavirus situation and all construction activity will comply with the government’s COVID-19 restrictions and national construction site operating procedures. There is a COVID-19 contingency budget to fund any additional costs directly associated with the project caused by the impact of coronavirus.

Jones Bros are on site full-time and will be working alongside the County Council to ensure local residents and businesses are kept informed throughout the duration of the project and any disruption is kept to a minimum. 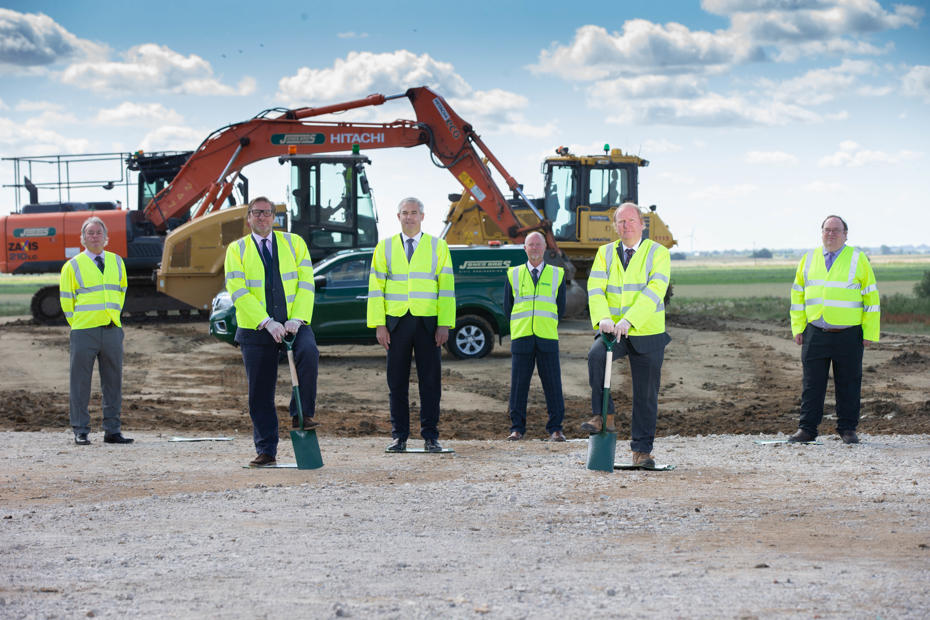