Cambridgeshire County Council, in partnership with Whittlesey Town Council and Fenland District Council, is inviting bids from companies to carry out a review of the facilities at King's Dyke Nature Reserve in Whittlesey, and recommend options for improving its future offer for visitors.

The Partners are working in association with Forterra PLC, who owns the site.

The award winning King's Dyke Nature Reserve is situated in Whittlesey, Cambridgeshire, and boasts a diverse range of wildlife and supports a number of unusual plant communities.

The site lies in an area of particular geological significance, as the Oxford Clay was formed in the Jurassic period 140 million years ago when a warm tropical sea covered much of southeast England. Fossilised remains of large marine creatures from this sea are found at depth, and shellfish, smaller fish and marine mammals are frequently found in the clay occasionally delivered to the nature reserve’s fossil hunting area.

Managed through Consultants to Forterra and maintained by contractors, plus many local volunteers, King's Dyke Nature Reserve is of great significance for its flora and fauna, many of which are of national importance and a number of habitats and species that are listed on the “Habitats and species of principal importance”.

The Fenland area between Peterborough and Whittlesey (the Flag Fen Basin) has already revealed internationally important archaeological sites. These include extensive excavations of prehistoric fen-edge settlements at Fengate, Peterborough and the discovery and small exploratory excavation in the 1980s of a well-preserved Bronze Age timber causeway and platform at Flag Fen.

A Feasibility Study into options for the Must Farm archive identified that developing the King's Dyke Nature Reserve as a community, local area, and wider tourism asset in addition to those sites, would also offer significant natural and historical benefits. Therefore it is expected that the study will explore the links between any development of King's Dyke Nature Reserve and the development of the Must Farm archaeological archive.

Cllr Chris Boden, Councillor for Whittlesey North on Cambridgeshire County Council, said: ‘This project is an exciting opportunity to enhance a very important local site, that will be recognised nationally and internationally, and develop its links to the significant archaeological excavations that have taken place nearby. I look forward to seeing what proposals emerge from this work, and the benefits that they could bring to Whittlesey.”

Cllr Michelle Tanfield, Fenland District Council, said: “King's Dyke Nature Reserve is a much-loved, award-winning reserve already enjoyed by residents and visitors alike. The opportunity to develop it further and enhance the links with Must Farm and Flag Fen are really exciting and would offer significant benefits to Whittlesey and Fenland as a whole. I have supported this project from the very beginning and look forward to seeing how it develops.”

Cllr David Mason, Whittlesey Town Council, said: “We are thrilled to have significant evidence of Bronze Age life so close to Whittlesey. The current education curriculum includes this time scale – therefore we anticipate great interest from schools across the country. Well-designed development at King’s Dyke will be a focal point that will bring opportunities to the area.” 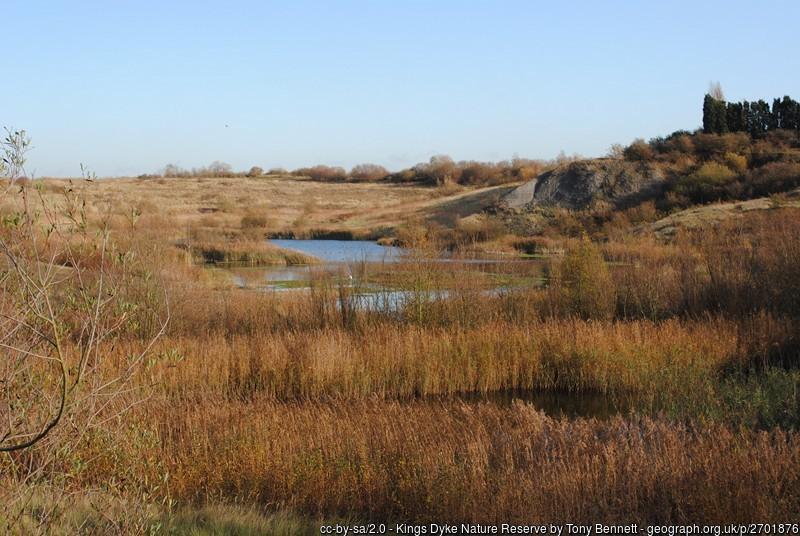 More information about Kings Dyke Nature reserve can be found here: kingsdykenaturereserve.com and if you'd like to learn more about Must Farm please visit their website: mustfarm.com.

The tender opportunity is visible on the LGSS Procurement Portal at and closes on 18 January 2018.