He has seen former pupils go on to become headteachers and taught when there was no Ofsted or national curriculum.

But after over three decades in the county, Cambridgeshire County Council’s Service Director for Learning is bidding a fond farewell when he retires at the end of the month.

Keith Grimwade, who moved to Cambridgeshire in 1985 to be Head of Geography at Hinchingbrooke School in Huntingdon, has seen it all over the last 32 years in education.

After joining the Local Authority’s Advisory Service as General Adviser for Geography in 1997, he has held a number of different roles including Head of the Advisory Service and Head of Professional Development before taking on his current role five years ago where he leads on county services including early years, school standards and effectiveness and admissions.

In 1985 there was no national curriculum, no Ofsted, the Local Authority still managed school budgets and Baron Adonis, who introduced academies to the educational landscape, was still at university.  But while the County Council’s role has significantly changed over the last 32 years with schools having more control and the government assuming many of the responsibilities, Keith said there is one thing that has remained constant.

“I’ve had a wonderful career in education and it has been the sum of many, many inspiring, exciting and funny moments,” said Keith. “One thing hasn’t changed - how well our children learn depends on the quality of teaching. When a child comes home and is bubbling with enthusiasm about what they’ve done and learnt, that’s when you know things are working really well.

“The best thing about the job is having the authority to make things happen for children, families, teachers, schools and staff.  But it’s not just ‘the authority’ because experience and relationships are always vital as well.

“The ‘thank you’ you get from the parent you’ve helped to navigate the education system, the teacher who was motivated by something you said at a conference, the school that has benefited from support you’ve initiated and from staff you’ve coached to do their jobs more effectively makes the many challenges worthwhile.”

While Keith has found many aspects of his career memorable and rewarding, it has not been without its challenges including working with reduced budgets and the changing face of education.

“Overall, education outcomes and Ofsted judgements have improved in the last five years and, despite all of the changes in the education system, Cambridgeshire schools still work together,” he said. “I am most proud of the quality of the support that my teams provide, most of which goes on behind the scenes and is not recognised.  Their efforts – and the many additional hours that they put in - in a period of change and uncertainty have been magnificent.”

While Keith is retiring from his day job, he is showing no signs of slowing down just yet. He plans to spend a couple of days a week supporting mental health issues, as a governor of Cambridgeshire and Peterborough Foundation Trust and as co-Chair of the NHS’s East of England Eating Disorders Network.

“I have a lot of projects lined up,” he added. “We live in a wonderful old house that needs a lot of DIY, I love gardening and we have some exciting travel plans.  And I am also looking forward to catching up with friends and family.”

Keith Grimwade, who is retiring after 37 years in education 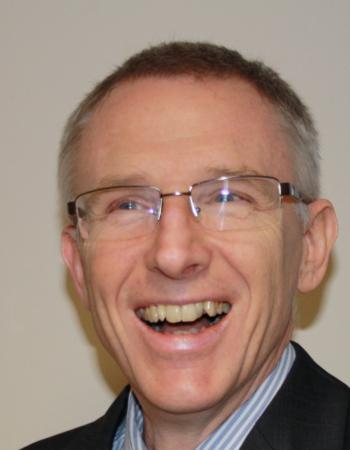