Funding for the new King's Dyke level crossing project was approved today by the Cambridgeshire and Peterborough Combined Authority meaning the project can now progress to the construction phase.

Cambridgeshire County Council and the Combined Authority will work together to deliver this project, which will remove the delays at the level crossing, helping to promote growth in the local area now and in the future.

The County Council allocated a substantial sum of money towards the project when it was in its infancy and the initial investigations were beginning. As the Combined Authority is now responsible for delivering major new infrastructure projects, the Council approached them for the additional funding required following the detailed design stage of the project.

The extremely high benefit-cost ratio of the scheme was discussed at the Council’s Economy and Environment Committee on 11 October 2018, and the recorded vote by Members was unanimous to progress with the project subject to the approval of the additional funding from the Combined Authority.

“Cambridgeshire County Council has worked closely with the Cambridgeshire and Peterborough Combined Authority since they became the Transport Authority, and we are very pleased that they have agreed to provide the extra funding required for the King's Dyke level crossing scheme.

“The current level crossing has been a bottleneck for a long time, with slow-moving freight trains causing an average minimum delay of 13 minutes and often very much longer. This is bad for local people and bad for the economy of the area.

“It’s fantastic that this scheme is now going ahead and the new road and bridge over the railway track will bring economic prosperity to Whittlesey and Peterborough.

“It’s great news that we can now commence the construction phase with the support of Mayor James Palmer and the Combined Authority.

“I know all parties are looking forward to seeing the project being built and having the new road open.”

Next steps will be for Cambridgeshire County Council to complete the land acquisitions, sign the construction contract with Kier and to commence the statutory undertaker diversions including the moving of power lines by UK Power Networks.

It is expected the main construction work will begin in spring 2019 with the new road and bridge opening in late 2020. 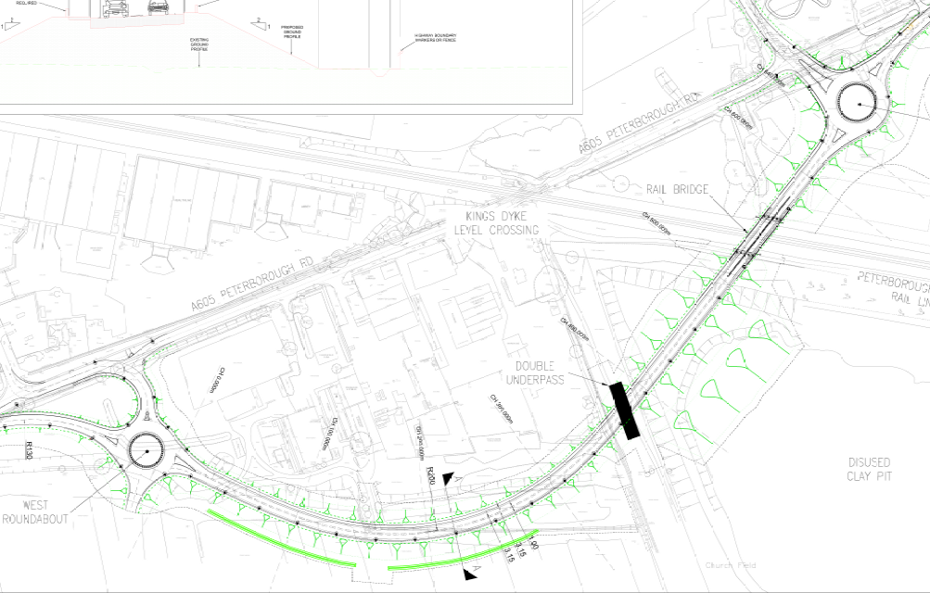