Work is to start to improve pedestrian and cyclist safety at Norwood Road Bridge, in July.

Local people have known for decades the Norwood Road Bridge in March has presented an extremely dangerous situation to pedestrians due to the absence of a footpath on a narrow, steep, blind corner which suffers from a high incidence of speeding.

The agreed solution of all interested parties is the installation of a dual use cycleway/footpath and traffic light system before the bridge.

The announcement of the date is a culmination of a seven year campaign by local Member and Cambridgeshire County Council Council leader Steve Count, which involved getting wasteland running alongside the bridge transferred to the ownership of the county council, securing funding for both a feasibility study and then £200,000 of project funding, plus the development of an agreed design for the work

This long and involved project, involved numerous officers at the council, at Skanska and at Network Rail.   Cllr Count has sent 294 separate emails to NWR to keep the project on track and trying to maintain momentum.

Cllr Count has paid tribute to CCC Chief Executive Gillian Beasley and Network Rail’s Route Managing Director, Meliha Duymaz for unblocking the final hurdles to this much needed benefit for local people – which now, finally, has an agreed start date.

Councillor Steve Count – in his role at the time of both a town councillor and Fenland District councillor - began work in 2011 to secure the ownership of the very small strip of wasteland which runs alongside the bridge, securing funds and getting an approved design drawn up to solve this situation. 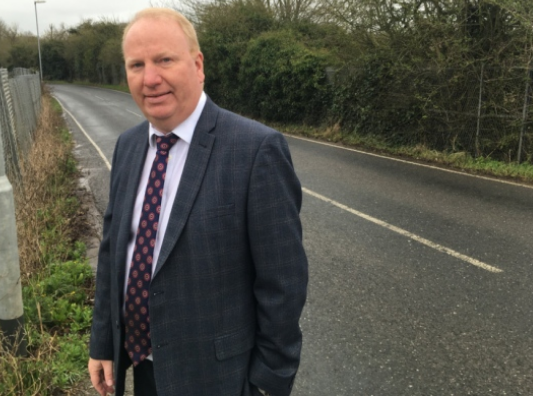