Hundreds of vital council services will be brought to life in 280 characters next week, when staff from Cambridgeshire County Council take part in a 24-hour tweetathon and also share updates across a range of social media platforms.

From potholes to passenger transport, social work to signage, the council will be among thousands nationwide on Tuesday 21 November to tweet and post using the hashtag #OurDay, to give residents an insight into the hundreds of jobs councils do every day.

By the end of last year’s #OurDay, over 9,000 Twitter accounts had participated, and the hashtag trended at number one on Twitter for most of the day. As part of the tweetathon the county council will be tweeting live from its contact centre, to show the range and type of calls received every day.

Chief Executive Gillian Beasley will also take part in a Facebook live interview about the day between 8.30 and 9am.

#OurDay has been organised by the Local Government Association (LGA), which represents councils in England and Wales. The LGA is encouraging as many councillors and local authority staff as possible to take a couple of minutes out of their day to tell the world what they’re up to from 00.01 on Tuesday, by using the hashtag.

Gillian Beasley, Cambridgeshire County Council’s Chief Executive, said: “#OurDay has always been a big success since we first took part in 2012. From fixing roads, to taking care of vulnerable people, we want to give an insight into the valuable work carried out by our staff on a day-to-day basis. You can follow us on our social media as we share some of the great work that goes on in our county.” 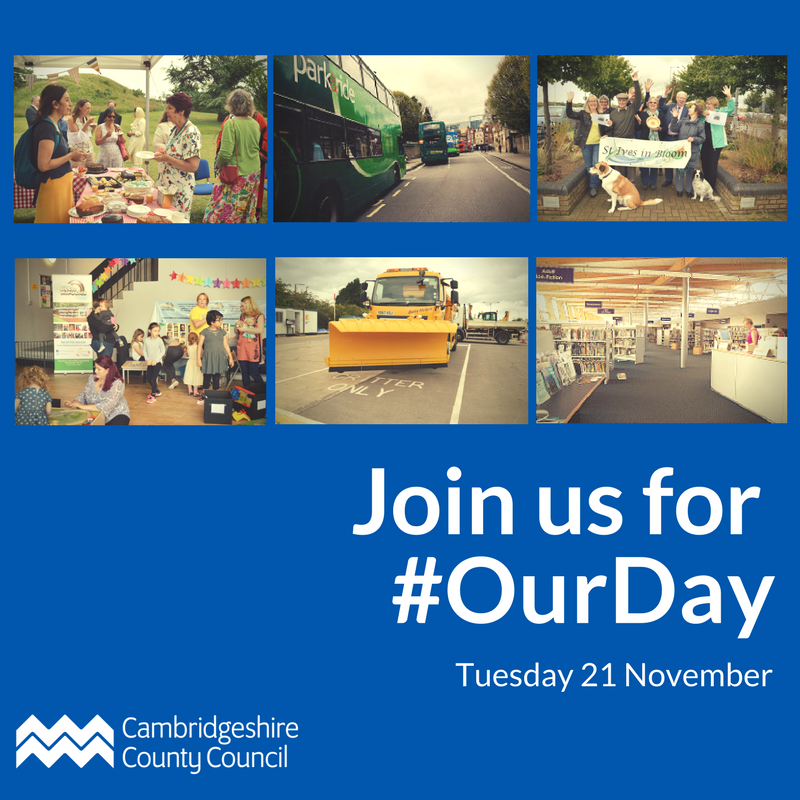