Work on the UK’s first Dutch-style roundabout is progressing despite extra utility work being needed.

Additional significant utility work, which wasn’t originally envisaged, means the scheme that will improve road safety by giving priority to pedestrians and cyclists, will now not be completed until early summer.

Contractors will be working weekends and longer days as it gets lighter to ensure the work is finished as soon as possible and Citi buses, serving Addenbrooke’s, will return to their normal routes by early April which will help local patients.

The work required to the roundabout has been significant and there have been major challenges with utility company cabling and pipework. Before the scheme started there was already a lot of work identified by utility companies, however, there is always the risk that the full extent of what is required is often not known until work starts. This has resulted in additional work to re-route and divert cabling away from the centre of the roundabout and build new chambers.

In total, almost 700m of new ducting has been installed, a new telegraph pole built, more than 200m of ducting moved, new chambers constructed and six new water valves/fire hydrants built on the edges of the scheme.

By ensuring the utility companies were on site at the same time as our contractors it has enabled them to not only future proof their infrastructure but carry out the work quicker than normal. If the utility work had been carried out ahead of the scheme it would have potentially added a further five months to the programme. However, their presence on site has reduced the amount of work our contractors were able to carry out.

Councillor Ian Bates, Cambridgeshire County Council’s Chair of the Economy and Environment Committee said: “I’m pleased with how this project, which is a first not only for Cambridge but also the UK, is progressing and whilst there is a slight delay from spring to summer it would have been remiss of us not to let the utility companies take advantage of the opportunity to improve their network in the area.

“Ultimately, Addenbrooke’s, the Cambridge Biomedical Campus and Queen Edith businesses and residents will now benefit from an improved utility and cabling network and the road is less likely to be dug up again in the near future.

“The team have also worked hard with the contractors and Stagecoach to keep the buses moving while the work is carried out, so it’s good to hear journeys to and from Addenbrooke’s will go back to normal in early April.

“This project will improve the experience for everyone using the roundabout and our aim is to encourage more people to cycle more often, more safely and support healthy communities.”

From early April, the roundabout will be reopened to traffic with the exception of the Queen Edith’s arm to Hills Road and temporary traffic lights will remain. Buses will be provided with better access to Addenbrooke's, and details relating to individual services will be distributed closer to the date of the changes.

Once completed, cyclists will be given their own cycle path, in contrasting red surfacing, to give them equal priority with pedestrians over oncoming motorists. Pedestrians will be provided with zebra crossings on all four entry and exit roads and at crossing points over the cycle paths. The design of the roundabout will also encourage motorists to drive at a slower speed.

Cambridgeshire County Council secured a contribution of £550,000 from the Department for Transport in 2018 towards the Dutch-style roundabout following public consultations in 2015 and 2016. The scheme is part of a programme of cycle improvements in the south of the city that is being funded by developer contributions. The current roundabout is perceived by many people to be dangerous to cycle around, and residents also reported feeling unsafe when walking in the area due to a lack of pedestrian crossings.

More information about the scheme and the roundabout design can be found on our website: https://www.cambridgeshire.gov.uk/residents/travel-roads-and-parking/transport-projects/cycling-pedestrian-improvements/fendon-road-and-queen-edith-s-way-roundabout 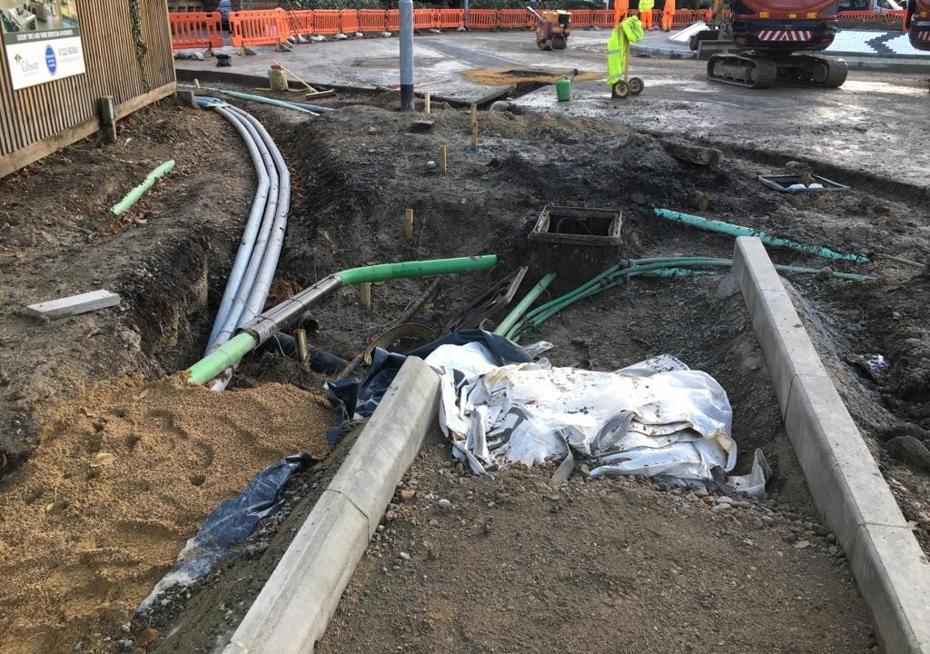 Some of the utility work carried out on Fendon Road roundabout