The project to build the Southern Bypass around Ely has now passed several major milestones.

Ely Southern Bypass will provide a huge boost for the area and will ease congestion in and around Ely by providing a new link between Stuntney Causeway and Angel Drove.

The new route will remove the need for heavy goods vehicles to use the railway level crossing, and avoid an accident-prone low-bridge.

Construction is progressing well, with the eastern, central and western embankments built. The abutments, which is where the bridge starts and ends, and the central pier over the railway are also complete.

The steel beams, weighing up to 350 tonnes each, which form the bridge decks have now been lifted into place.

Appreciating how important the scheme is to alleviate the misery felt by many residents in the area, working with partners the County Council found the initial funding to develop the much-needed scheme as early as possible to get the work underway.

Working under tricky conditions such as building on a floodplain and near a national heritage site has meant costs have increased by £13 million, which we’re working with our contractor to minimise.

Cllr Ian Bates, chairman of the County Council’s Economy and Environment committee, said: “Ely Southern Bypass has been a much wanted scheme for more than 20 years and there is no doubt it will ease congestion in Ely.

“We all took the brave decision to procure the contract early to get the scheme off the ground and the cost of the scheme is the reality of building in such a difficult area. Although this increase in costs is disappointing, we are clear the costs would have been much the same if we had waited, but we wanted to push ahead and get the road built as soon as possible. If we hadn’t taken that decision, the project would have been delayed a further 12-18 months and funding may have been lost.

“We have a good working relationship with our contractor and construction is progressing well. We’re all working hard to achieve the best result and get the new road open as soon as possible.”

The new bypass is being built across an area of poor ground conditions, which have been even worse and more unpredictable than expected. Building across a flood plain and poor fenland soils has resulted in large amounts of additional work and material being needed.

The depth of the foundations for the river viaduct is two thirds the height of the Cathedral – much more than expected. Also, as Ely Cathedral is a national heritage site, a unique, specially designed viaduct needed to be created which has given the team significant challenges. The viaduct will include a separate walkway allowing the public to cross the river.

The new road is expected to open in October 2018. Once the bypass has opened, the existing underpass at the low bridge will be improved for pedestrians and cyclists. 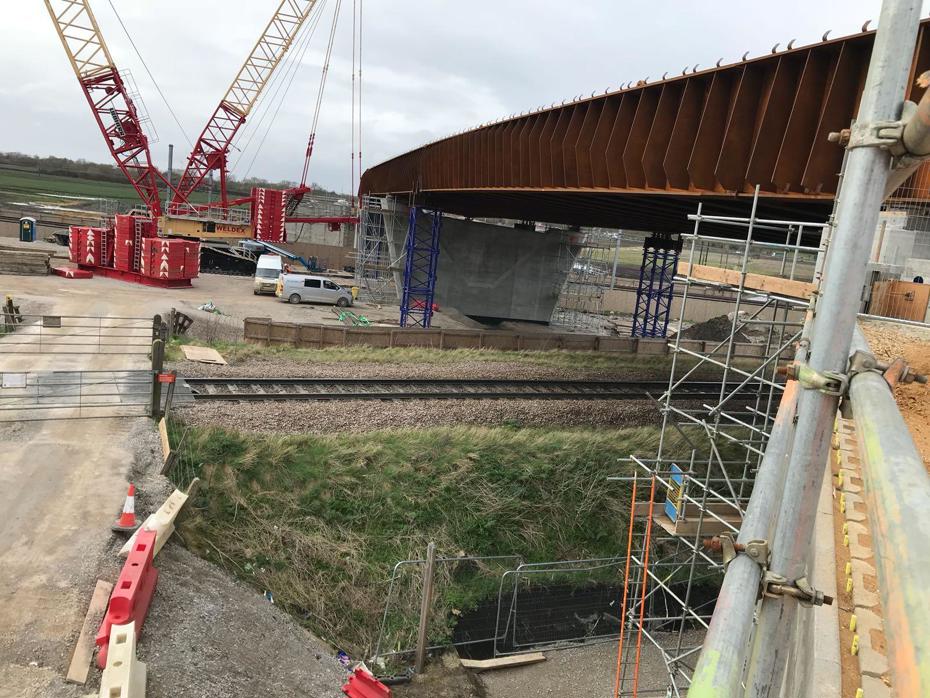