All our enquiries are handled by the Citizens Advice Consumer Service, regardless of the complainant's location (enquiries include requests for consumer advice, complaints and information/intelligence).

This is a national service offering advice and guidance on consumer issues. Any complaint with a criminal element or more complicated enquiries will be forwarded to our department for consideration. This national service ensures that trends and emerging problems are identified and allows trading standards departments to focus their work in those areas.

When you speak to the Citizens Advice Consumer Service please make it clear what your concerns are with the safety of the product you have purchased/experienced/seen and the reasons for your concern.

Research suggests that since 1999 at least 28 children's deaths in the UK are the result of strangulation by looped blind cords.

Research by RoSPA found that most of these deaths occurred in children between 16 months and 36 months, when toddlers become mobile. Due to the physiology of a toddler the consequences of entanglement can be dire.

Toddlers' heads weigh proportionately more than their bodies and their muscular control is not yet fully developed, which makes them less likely to be able to free themselves. Their windpipes are smaller and less rigid than those of adults and older children which mean that they suffocate far more quickly if their necks are constricted.

These deaths can happen quickly and quietly, however with increased awareness these deaths are preventable. Trading Standards urge residents and businesses to check their premises for existing blinds and to install a safety device such as a cleat.

In the UK there have been at least 10 deaths of babies under one year old caused by choking and suffocation hazards associated with nappy sacks.

Nappy sacks are often stored near a baby and/or the baby's cot. The flimsy plastic material of the bag makes it light enough for the baby to grasp and move. A baby of this age will instinctively bring it to its mouth where the bag can easily obstruct the airways or can be inhaled.

Unfortunately babies lack the ability or instinct to remove the bag. 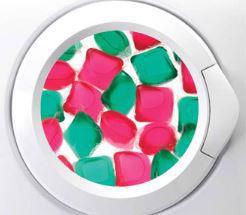 Liquitabs are detergents that have a jelly-like sweet appeal to young children. The alkaline substances in liquitabs can cause an immediate chemical burn.

If bitten and/or swallowed the child may suffer breathing problems as the airway starts to swell rapidly. Doctors have also seen cases were young children have burnt their eyes having rubbed them after handling liquitabs.

For further information visit the Royal Society for the Prevention of Accidents.

Button cell batteries due to their size pose a choking risk to small children, who have a tendency to place small parts into their mouths. The lithium in the batteries reacts with saliva causing acid to leak within as little as an hour. The leaking acid can cause severe burns and damage to a throat, stomach and other internal organs, or even death.

These batteries can be found in everyday small household electronics such as remote controls, greeting cards, novelty items and toys. Make sure spare batteries are securely stored and battery compartments are secured before placing an item within a young child's reach.

It is recognised that lasers can cause damage to the eyes, and they can indirectly be hazardous in many ways. These important safety tips will assist consumers be safe when using laser pointers.

Tip 1: Only buy a laser pointer if you have a legitimate use for it

Laser pointers are not toys. Don’t buy them for children. If you want to buy one, buy it from a reputable UK supplier. If you buy one over the internet, particularly from overseas, you may be buying a very dangerous laser product. The seller’s information or the label may be wrong. For example, if the information says “<1 mW burning laser” it is clearly not less than 1 mW.

Imported lasers can be far more dangerous because they are higher-powered and they typically have no labels on them to indicate the wavelengths and wattage. If a label has been peeled off or a laser pointer never had one, the best decision is to dispose of the device to avoid any accidents. Laser pointers are electronic waste and can be recycled at many waste disposal sites.

Laser beams can damage the retina of the eye and the damage is permanent. The amount of damage will depend on how long the laser is shon into the eye, the power of the beam, and the distance from the laser pointer. However, even a low powered laser can cause temporary blind spots whether the eye is permanently damaged or not. In order for a beam to do permanent damage to the eyes, it has to be over about 10 mW. Most of the laser pointers assessed from internet purchases are dangerous for use by the public – many are hundreds or thousands of times the safe level.

This may seem like an obvious thing not to do, but it happens both intentionally and accidentally. People have been prosecuted for shining laser beams into the eyes of pilots. To avoid prosecution, do not shine laser beams at aircraft.

Because the beams from laser pointers can cause dazzle, distraction, and temporary blindness, as well as potentially causing permanent eye injuries, it is extremely dangerous to point the laser beam anywhere near vehicles. If the beam happens to catch a driver in the eye, the driver could lose the ability to see where he or she is going, or the driver could accidentally jerk the wheel to the side when he or she reflexively jumps from the beam.

Tip 6: Don't Hold a Laser Beam on the Skin

Some of the laser pointers available on the internet can cause skin burns. Don’t shine the laser beam onto the skin.

Tip 7: Don't Point Lasers at Animals for Any Reason

Some people like to play games with their animals by getting them to chase the laser beam. Only do this with a laser pointer with a power less than 1 mW or with a special pet entertainment laser. Do not shine the laser beam into the pet’s eyes. Bird and animal scarer lasers are available, but are usually expensive high-quality devices with large diameter laser beams. Do not use a laser pointer to scare animals or birds.

Laser pointers are not toys and pose several threats to small children. First, they are seen as a fun toy to play with and children do not understand the dangers that can be associated with them. It is very likely that a child will shine the laser beam into their own eyes or in someone else's. Second, most pointers are small and can turn into a choking hazard, especially if taken apart into smaller pieces.

Older children may be trusted with lower powered laser pointers if they are mature enough to understand what they can and cannot be used for. Don't encourage kids to do anything but point to objects with them.

Previous
Rogue traders
Next
Trading Standards
You are in