"In CCC people are cared about - the children, the families and the staff members. It is a very humanistic approach"

John Ball is a Senior Practitioner (QSW) within the Assessment Team of Cambridgeshire County Council.

John initially joined us in the Family Safeguarding Team after converting to a permanent role from a long term agency worker. 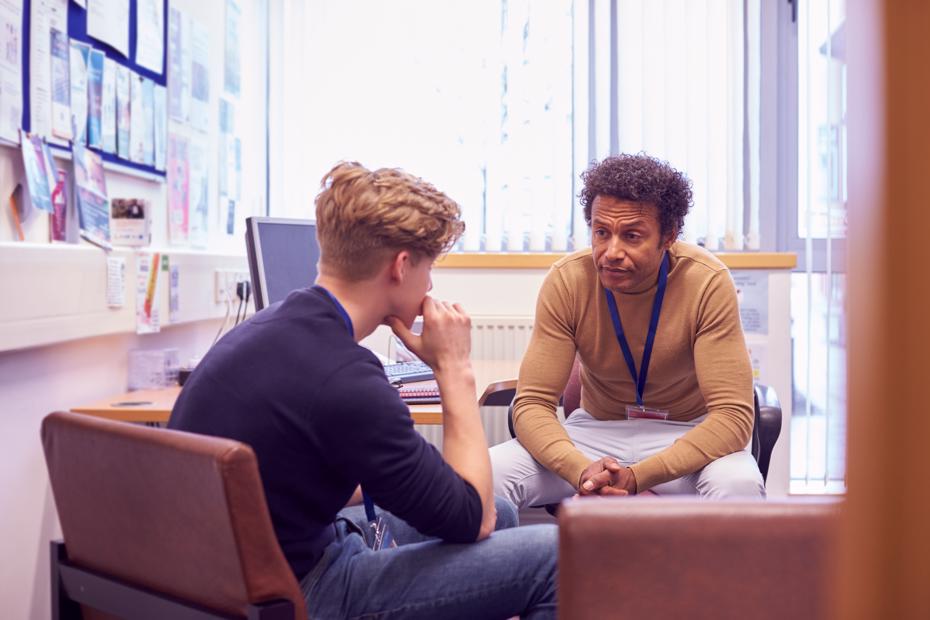 “I wanted to become a permanent member of staff as Cambridgeshire County Council Children’s Service have a very child focused approach and a clear emphasis on trying to search for the positives in every family circumstance. If you talk to a senior member of staff and mention a child’s name, they know all about the case. In CCC people are cared about – the children, the families and the staff members. It is a very humanistic approach”.

John has recently had some personal circumstances that have meant him changing both his location and his team. John feels that when he was going through a difficult time his Head of Service and Service Manager were brilliant.

“Everyone told me to be as flexible as I need to be, there was never a question about it. My Senior Managers were able to differentiate between my work needs and my family needs and allowed me to put my family first. Everyone worked together so flexibly to allow me to keep working at a point when I wasn’t sure I would be able to continue to”.

The Service Manager for Cambridge City said “John’s commitment and hard work to the council has been evident over a number of years, that’s why it was really important to support John through this challenging period for him so that he can continue to do the job he loves but also be able to meet his personal obligations”.

As a result, In February 2020 John joined the Assessment Team based in Noble House Ely.

The shorter term nature of assessment cases meant that John could continue his direct work with children and families. Working in Ely also meant that John was closer to home. John really enjoys working in Noble House.

“Multi-disciplinary teams working in a close location in Noble House is hugely beneficial. CCC have clearly given a lot of thought to co-location. This means you are a) able to make transfers easier and b) have the ability to get a lot of information. This enables families to access a high level of service and co-operation as information is accessed in an appropriate and timely manner”.

“The Children’s Service is a very positive, forward thinking service. The flexibility is exemplary. The culture of the organisation is very person focused, it is a very personable approach to work”.

Bethany Smith is a Senior Practitioner (QSW) with the children in care team at Peterborough City Council.

She joined the local authority in December 2018 and has been a children’s social worker for almost four years.

"I love coming to work and different things happen in the day that maybe you weren’t expecting. You’re never ever going to get bored in this job.” 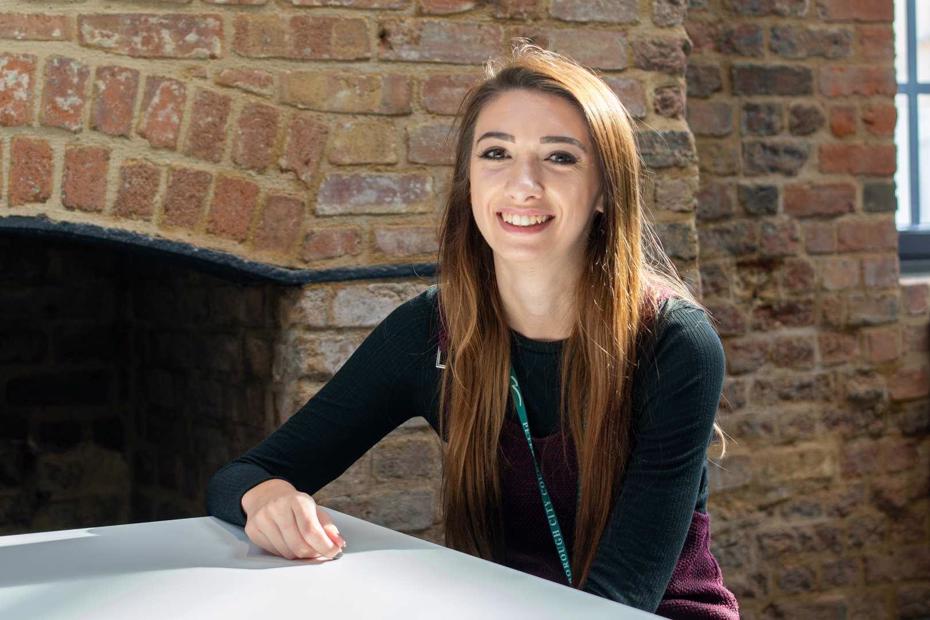 As a member of the children in care team, Bethany works with children or young people for a long period of time.“The children are fantastic and I really enjoy working with them. They make me laugh every day and you build really strong relationships with them. That’s really meaningful.”

As well as enjoying the job itself, Bethany feels supported by her colleagues and senior managers at Peterborough, something her previous jobs have lacked.

“When I’ve had a difficult day, I feel like management always recognise that it isn’t always easy and say thank you. My senior manager knows when I need to hear this and takes notice of the good work I’ve done. In previous jobs, this was never normally noticed.

“At Peterborough, the managers like to know what you’ve done and have time to listen. They know when we need that boost. It’s not all about being recognised for what you do, but when you’re struggling, it really does mean a lot,” said Bethany.

Elena Morales Pozo is a Social Worker within the Family Safeguarding Team of Cambridgeshire County Council.

Elena joined us in June 2019 as a Child Practitioner but after a year of being with the Team was promoted to a Social Worker.

Elena had previously completed her Social work degree, she said “being a Social Worker was always something I had wanted to do and I had always planned to take this step forward in my career”.

She decided to apply for the Social Worker role when her Line Manager approached her one day and said he thought she was ready. Elena said “being told this felt like the team saw potential in me and were acknowledging this. This really helped to boost my confidence”.

Whilst transitioning from a Child Practitioner to a Social Worker the team introduced a six week programme to help her settle into the role. Elena also has a smaller case load with lower risk cases and has had the opportunity to shadow colleagues to help with her development.

She feels the support provided by the team has been crucial as she adapts to the new role.

“Team support is very important. It’s about having someone to talk to, someone with experience that will help you. This has made the transition less scary”.

Elena identifies that the way families perceive you changing when you become a Social Worker has been one of the key challenges and is still something that she is trying to get used to.

Elena however feels that working with her colleagues in a Social Work role has allowed her to “see how kind social workers can be. Despite the long hours we work, they are always wonderful with children”

Elena’s Service Manager said “It has been really positive to see Elena’s confidence grow and with the support of her team she was able to apply for one of the social worker positions. It was really important for Elena to be given the time and support when going into this role so that she continues her development and can move forward in her career”.

"It was a dream come true. It was an aspiration to have UK social work experience to help professional development"

Gabriel Chanda is a Social Worker within the Assessment Team of Cambridgeshire County Council.

Gabriel joined us in October 2018 after being offered a role as an overseas candidate. Gabriel said “it was a dream come true. It was an aspiration to have UK social work experience to help professional development”.

“When we first started, there was a lot of focus on things like introductory courses and regular supervisions that helped orientate us into a new system. This helped us to get acquainted with the new way of working. People worked closely with us to help give direction. The Team was very supportive”

Gabriel identified that one of the challenges when you join as an overseas candidate is trying to find where you should be sitting in the structure of different teams.

He was initially placed in the Family Safeguarding Team but after a year felt that his skill set may be best suited to the Assessment Team. Cambridge City Service Manager had also identified this. She said “it is about recognising people's strengths and playing to them”.

As a result she organised for Gabriel to join the Assessment Team for a Secondment. Gabriel said “we reflect and learn so we can improve the service. This means more positive outcomes for families”.

South Cambs Service Manager “Having worked with Gabriel before, I know that his strengths would be utilised within our Assessment Team. We had a vacancy and both teams worked together to think of a way Gabriel could move over to try a new Team, but still have the security of his current post. We agreed on a secondment. It has been a great success, and we are now very lucky to have Gabriel permanently with us in South Cambs”.

Gabriel is enjoying his new role in the Assessment Team. He has support from the Team Manager and feels he can approach the Senior Practitioners for guidance as well.

“In the Assessment Team we have phone-ins in which we will discuss the challenges in our cases. This helps give direction and understanding of what needs to be done”

“Cambridgeshire County Council promotes diversity. This creates a good environment for one to work in. The people become part of the service. Work can sometimes be impersonal but here the Team Managers will ask about you and your family - it makes you feel valued. They are not looking at you as just a resource, they care about you.” 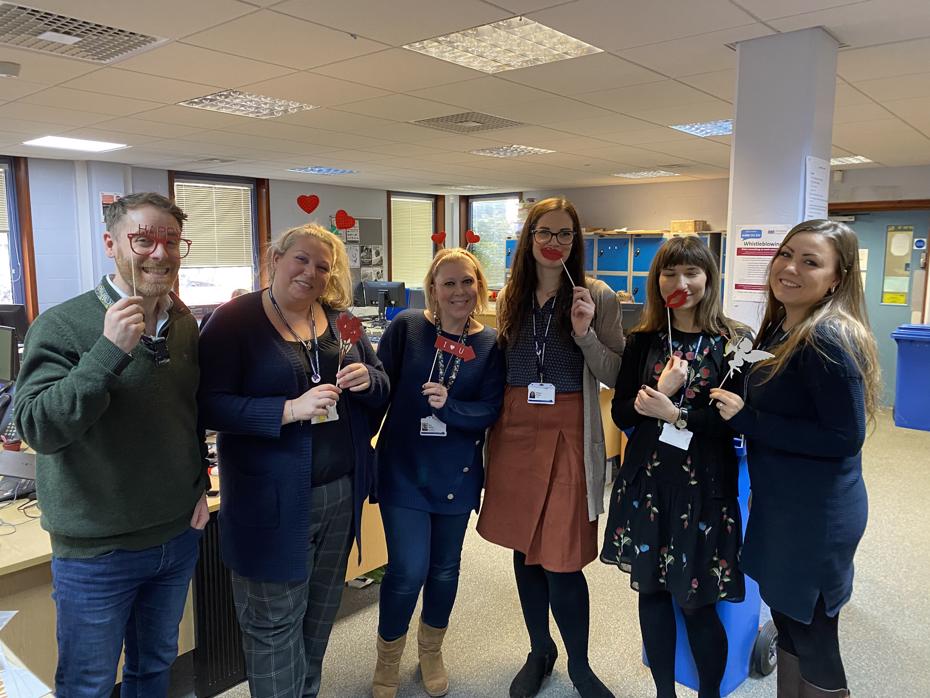 If you’re interested in our children social worker opportunities please complete a quick application form using the ‘Apply online now’ button. Shortly after you’ve applied we will be in touch, to discuss your particular interests further.

If you like the sound of moving to an authority where social workers are truly valued and challenged, please apply below or get in touch with us today by calling Beth on 01223 475920 or email joinus@cambridgeshire.gov.uk.