The UK’s first Dutch-style roundabout is open in Cambridge. 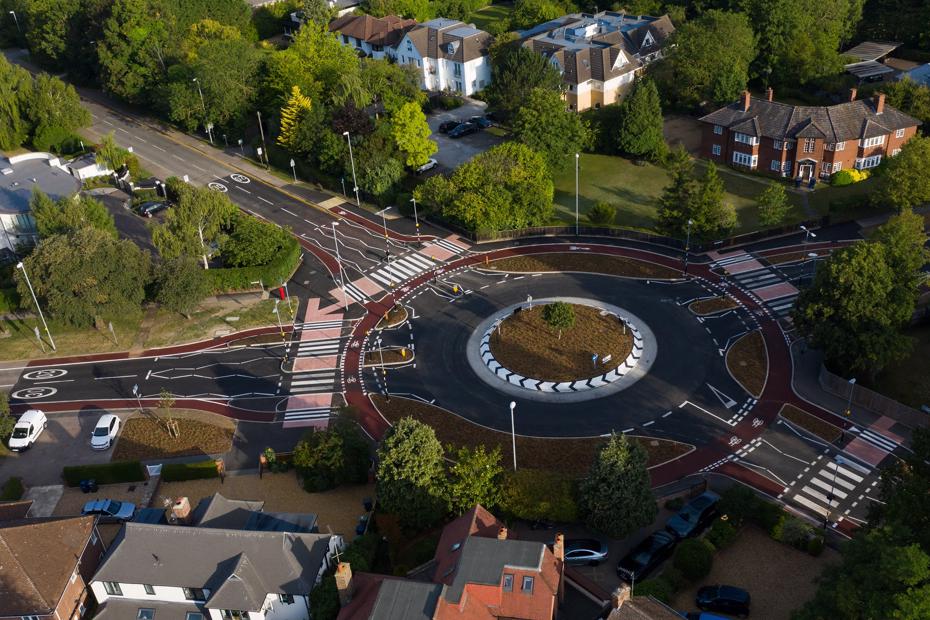 How the roundabout works

We have produced a video to explain how the new roundabout works for pedestrians, cyclists and motorists.

Please watch in YouTube for more accessibility options. - opens in a new tab

Features of the roundabout

The Fendon Road / Queen Edith's Way / Mowbray Road roundabout was a barrier to all these users because:

Redesigning the roundabout gives pedestrians and cyclists priority over motorists. We hope by enhancing safety at the roundabout, more people will walk and cycle in the area.

A consultation took place in summer 2015 to seek views about travel issues with Queen Edith's Way. We received over 1,100 responses. 67% of respondents felt Queen Edith's way needed improvements for walking and cycling. Safety at the roundabout was a major concern.

On 10 November 2016, the Economy and Environment Committee gave approval for the Dutch-style roundabout. They also approved further engagement with residents and stakeholders for new cycleways on Queen Edith's Way. The agenda and minutes from the meeting can be found on our Cambridgeshire CMIS website.

A Dutch-style roundabout has parallel crossings (cycle and pedestrian zebra crossings) on each arm which enables pedestrians and cyclists to have priority over motorists. The entry and exit arms are perpendicular, rather than tangential, to the roundabout and have minimal flare. Also, by reducing the width of the arms and circulatory carriageway, vehicle speeds reduce. A central over-run area will allow larger vehicles to manoeuvre round the roundabout.

The initial design of the Fendon Road / Queen Edith's Way / Mowbray Road roundabout was developed with the help of Dutch consultancy firm, Royal Haskoning. It adheres to the roundabout design standards advocated by SWOV, the Dutch Institute for Road Safety Research.

The roundabout design builds on that of the Perne Road / Radegund Road roundabout, which was implemented in 2013 and has seen a large drop in recorded injury accidents.

The funding amounted to £3 million, of which £900,000 is for the replacement of signals at Robin Hood junction. The remaining £2.1 million will go towards work on: